Nationalism, an issue that was considered to have passed its peak, now dominates world politics and permeates political discourse. Not only is a thorough grasp of this phenomenon crucial to the understanding of such imposing institutional constructions-in-process as the European Union, it is at the bottom of tensions and conflicts that are garbed in a religious rhetorical veil, and constitute much of the agenda of today’s “war on terror.” What explains the recurrence, persistence and ubiquity of this phenomenon?  What are its peculiar manifestations in different historical periods? Which are the main forms of its articulation?  How does it differ across geographical borders, class boundaries, gender and generational cleavages? 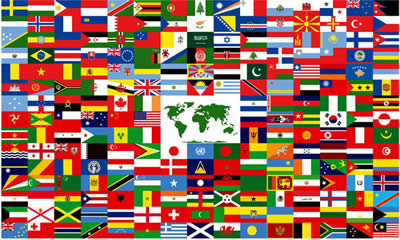 From the eighteenth to the twentieth century, world history is to a great extent the “history of nations.” This field of study, in cooperation with global studies, Modern European history and other regional histories, makes sense of this dominant phenomenon. The program emphasizes comparative and interdisciplinary perspectives in addition to national area studies, and covers the major world regions, Modern Europe, the Near East, the United States, Latin America, Africa, and Asia. Typically, the courses are attended by a core of graduate students from history, but with a strong component from sociology, anthropology, literary studies, political science and others.

Maria Todorova: (Emerita: Ph.D., University of Sofia, 1977), Theories of nationalism, Eastern Europe and the Near East

Other faculty with expertise in nationalism studies

Graduate education in nationalism at the University of Illinois is further enriched through contacts with programs in other disciplines and at other Universities, by the diverse activities of the interdisciplinary European Union Center , Russian, East European and Eurasian Center, Center for African Studies, Center for South Asian and Middle Eastern Studies, Program in Jewish Culture and Society,  Department of Sociology, Department of Political Science, involvement in varied departmental and university colloquia and workshops , and by the presence of one of the premier library collections in the country. Other important campus resources include the Unit for Criticism and Interpretive Theory and the Illinois Program for Research in the Humanities.

Below is another example of a past class on Nationalism: