Yuridia Ramírez is the proud daughter of Mexican immigrants from Durango, Mexico. She was born outside of Chicago in Oak Park, Illinois but was raised in a small town in Wisconsin in a predominantly white lower to the middle-class community. After being called Judy for much of her life until then, Professor Ramírez took back her name after she started college at the University of Minnesota - Twin Cities. At the University of Minnesota, she studied history and journalism and fell in love with the discipline of history. Professor Ramírez continued to study history at the graduate level, receiving a Master of Arts and PhD from Duke University.

Her research focuses on the transborder community of Cherán, Michoacán, an indigenous community in central Mexico. Ramírez examines the community of Cherán as one that has organized across borders, analyzes how indigeneity travels and transforms through migration. Starting in Mexico, she follows members of the Cherani community who settled in North Carolina beginning the 1980s. Ramírez’s work showcases how the Cherani community—those who stayed and those who emigrated--have reimagined and reshaped how they perform and express their indigeneity. Ramírez’s scholarship challenges the idea of “Mexican” migrants as a monolith, proving that when examined further, significant racial and ethnic heterogeneity is found in the Mexican immigrant community, such as indigeneity and Afro-ancestry.

Professor Ramírez is involved in community organizing and has been an organizer throughout her academic career. She worked as an organizer in North Carolina for United We Dream, the largest immigrant-led youth network in the country. Professor Ramírez, who had lived in Champaign-Urbana in 2018-19 while a Chancellor’s Post-doctoctoral Fellow in the Department of Latina/Latino Studies,  continues to find ways of building community in the area.

Despite the challenges caused by the Covid-19 pandemic, Professor Ramírez has found ways to explore the Champaign-Urbana community. In accordance with social distancing protocols, she was able to visit Allerton Park with friends and family, enjoying all the grounds have to offer. Although the pandemic has placed several restrictions on individuals, it also has created an opportunity for her to find new ways to connect with loved ones. From going to Allerton Park or the Curtis Orchard, Professor Ramírez has enjoyed her time in Champaign-Urbana.

In her first year with the History Department, Professor Ramírez has taught HIST 279: Mexican- American History, the Introduction to Historical Interpretation course, HIST 200, on Latina/Latino Migration in the U.S.; and the capstone Research and Writing Seminar, HIST 498, on Oral History. Professor Ramírez plans to add HIST 312: Immigrant America and HIST 391 Oral History to her Illinois teaching repertoire in the 2021-22 year.  In addition to teaching, Professor Ramírez serves on the history department’s Undergraduate Studies Committee and the History at Illinois Committee, and the university’s Transition to Canvas Advisory Committee for the 2020-2021 academic year. She also serves as the Chapter Advisor for the Xi Chapter of Alpha Pi Sigma Sorority, Inc. 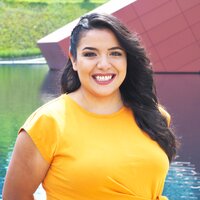