Humanity and the modern world

In the academic world, the study of humanities and sciences are often separated, with the subjects taught by different professors in different buildings and even different colleges. However, David Sepkoski, the Thomas M. Siebel Chair in History of Science, believes that there’s great potential in bringing the disciplines together, and he’s been working to bridge the gap ever since he arrived on campus in 2018.

His father, a paleontologist at the University of Chicago, introduced him to science at a young age, but Sepkoski had always gravitated towards the humanities. To combine his passions, he later received a doctorate degree in the history of science and technology from the University of Minnesota.

After teaching for a decade in the U.S., Sepkoski spent six years at the Max Planck Institute for the History of Science, in Berlin, which is regarded as one of the top international centers for the history of science. He joined Illinois in 2018 as one of the most well-known historians of science in the field.

Now, his goal is to get more students interested in both fields—which he believes ultimately increases innovation and inspires deeper thinking—and increase dialogue between people studying and entering careers in all topics.

Earlier this fall, Sepkoski brought Alondra Nelson, president of the Social Science Research Council and Harold F. Linder Chair in the School of Social Science at the Institute for Advanced Study at Princeton University, to campus to speak about gender, race, and medical ethics. Nelson’s work is regularly taught by professors in several departments, and audience members represented disciplines including history, sociology, communication, and biology.

Last year, Sepkoski brought Carl Zimmer, a popular science writer and journalist for the New York Times, to campus to speak about his book “She Has Her Mother’s Laugh,” and the culture of modern genetics and genomics. The event was attended by more than 300 members of the university and the community, and concluded with a lively Q and A about the social impact of genetics.

These public lectures will be a regular feature: Sepkoski plans to hold one or two major events on campus each year to address issues of current political, social, and cultural concern.  This spring, for example, he will host a conference examining how historical attitudes about race in biology inform current political debates.

“I really am inviting, not just my colleagues, faculty or students, but also members of the community to come and listen to somebody talk about issues that are of more than just narrow academic interest,” Sepkoski said.

Sepkoski’s interest in combining science and the humanities led him to design a brand-new course at the university, called History 103: A History of Everything – The Big Bang to Big Data. This general education class offeres students a perspective on “Big History,” by combining histories at different scales: the origin of the universe, the formation of the Earth, the evolution of life and ultimately humans, and the broad history of human civilizations.

“The class is a good way to get a really big picture of a lot of different sciences linked together to explain how they world we live in came to be without having to take an astronomy, biology, or geology class,” Sepkoski said.

Sepkoski also regularly offers History 265: Science in Western Culture, which is an introduction to the history of science.  It surveys the origins of modern science in the Scientific Revolution, Darwin’s evolutionary theory, the interaction of science and religion, the decision to drop the atomic bomb, genetics, and genomics.

Others on campus work collaboratively with Sepkoski on this endeavor. He’s been working with Andrew Gaedtke, professor of English, Justine Murison, professor of English and director of graduate studies in the department, and Stephanie Hilger, professor of Germanic languages and literatures, to launch a new minor in science and technology studies. In the minor, students may take five or six classes from a variety of departments such as history, philosophy, English, and sociology.

Gaedtke, who specializes in the medical humanities, said he and his colleagues bring their disciplinary methods and approaches to questions of illness and medicine, and that the new minor would push to incorporate the humanities into the experience of students coming from the sciences. The new minor, which the organizers hope will be established in 2021, would be a new offering in addition to current curriculum programs such as clusters in literature and science.

"It would help our humanities students to think critically about questions concerning science, technology, health, and medicine in ways that haven't really been clearly organized or formalized before," Gaedtke said.

The loss of biodiversity, Spekoski said, is one of the big issues these days in the sciences in relation to society and politics. The new minor would bring greater light to topics such as the environment to humanities students.

“There’s so much going on in the modern world right now,” he said, “that requires at least some knowledge of the sciences and some appreciation and awareness of how science is shaping our world and our lives.” 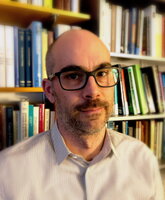