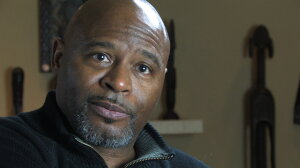 Sundiata Keita Cha-Jua is an Associate Professor in the Department of History, from which he earned a Ph.D. in 1993, and in African American Studies. He previously taught in the History department and directed the Black Studies Program at the University of Missouri at Columbia, and was the first faculty member hired in the new Department of African American Studies at Pennsylvania State University (1994) and Southern Illinois University at Edwardsville. Dr. Cha-Jua received Advanced Certificates in Black Studies from Northeastern University in 1992 and from the National Council for Black Studies, Director’s Institute in 1992.

He recently finished with Mary Frances Berry and V.P. Franklin, Reparations and Reparatory Justice, Past, Present and Future (Under review at University of Illinois Press) and Ebb and Flow: Racial Formation and Transformation in the Making of African American History.

Dr. Cha-Jua is a founding scholar/trainer of the Policing in a Multiracial Society Program (PSMP). Started in 2012, PSMP provides systematic anti-racial bias education and training for police recruits attending the University of Illinois’s Police Training Institute (PTI) and researches the racial attitudes of police and the effectiveness of anti-racist training.

Since September 2015, Cha-Jua has written a biweekly Op-Ed commentary, “RealTalk: A Black Perspective” for the News Gazette of Champaign, Illinois.

He has been engaged with local and national Black liberation movement organizations since his teen years. He has been a member of the executive board of the St. Louis-based Organization for Black Struggle (OBS), a member of the National Council of the Black Radical Congress (BRC) and is an organizer for the Malcolm X Grassroots Movement (MXGM).

• Center for Democracy in a Multiracial Society, University of Illinois, Fellowship, 2004-05

• Co-winner of the 2009 OAH EBSCOhost American: History and Life Award for the Best Article in United States History 2007-2009.