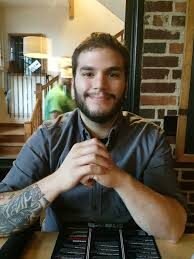 Thematically, my research interests include the history of ant/communism and its intersections with print, labor, race, gender and diaspora politics. Geographically, I focus on how East Africa and the Indian Ocean World fit into broader global histories of radicalism and internationalist political and intellectual projects. My dissertation project approaches these topics primarily through the concept of Political Literacy: how different readers in Kenya, Uganda, and Tanzania engaged with communist and anticommunist texts and how these readings were translated into the political, intellectual, and affective relationships between different groups of readers, publishers, and editors in the early to mid twentieth century. I examine how different kinds of communist and anticommunist texts produced by missionary organizations, the propaganda departments of Soviet, Chinese and other Socialist Bloc states, and colonial intelligence services (among others) reflect the ways in which East Africa and East African readers were perceived by these opposing sources. Similarly, examining how, where, and why these different kinds of texts were consumed in East Africa allows for an insight into the different ways that ideas about communism and anticommunism were translated, domesticated, and adopted (or rejected) by a diverse set of readers in this space. In so doing, I argue we are better able to see how and where East Africa fit into a broader history of the Global Cold War that transcends the boundaries of diplomatic and military history, with its focus on the priorities of the superpowers and political elites, by looking at the cultural and intellectual manifestations of this conflict as they appeared in print to the "everyday reader". This project speaks to a growing body of intellectual histories of Africa that depart from a focus on elites as the primary subjects of cultural production, as well as those that reevaluate the role of Africa and Africans in the Interwar and Cold War periods at local, regional, and international levels.

Instructors Rated as Excellent by Their Students, Fall 2020

“They must either be informed or they will be cominformed”: Covert Propaganda, Political Literacy, and Cold War Knowledge Production in the Loyal African Brothers Series (under review)

“Warmly Received and with no Political Standing: The Kenya Office, Cairo Between the Nation and the World.” Leverhulme Trust “Another World? East Africa and the Global 1960s” Workshop, December 11, 2020