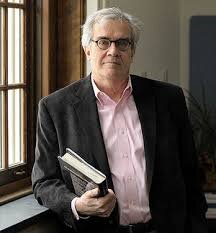 I was born in Chicago, educated in city parochial schools and at the University of Illinois at Chicago, and then studied comparative working-class history at the University of Warwick (MA, 1974) and University of Pittsburgh (1981). After three years teaching in North Carolina, I moved to the University of Illinois at Urbana-Champaign in 1984. Most of my research has been at the juncture of labor, immigration, race and ethnicity, and urban history, and I have also published extensively on American radicalism. I am currently co-editing Contending with Capitalism: A David Montgomery Reader and writing Chicago: A Peoples' History. Since retirement, I have been Scholar in Residence at The Newberry Library, and I live between Chicago and Champaign.

Immigration, race and ethnicity in US cities.

The radical tradition in the US.

(with Jenny Barrett) A Peoples' History of Chicago.

Fellowship, Japan Society for the Promotion of Science, 2012.

"Gate Keepers and Americanizers: Irish American Workers and the Creation of a Multi-Ethnic Labor Movement," in Greg Patmore and Shelton Stromquist, eds. Frontiers of Labor: Comparative Histories of the United States and Australia (University of Illinois Press, 2018)

Barrett, James R "The Blessed Virgin Made Me a Socialist Historian: An Experiment in Autobiography and the Historiography of Race and Class" Faith in History Urbana University of Illinois Press 2007.

“An Interethnic Paradox: Chicago’s Irish and Everyone Else,” forthcoming, Journal of the Illinois Historical Society, 2022.