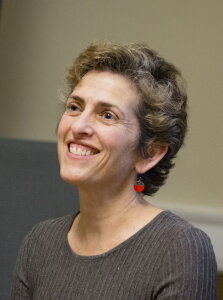 Dana Rabin specializes in the history of eighteenth-century Britain with anemphasis on crime, law, gender, and race. Her first book, Identity, Crimeand Legal Responsibility in Eighteenth-Century England (Palgrave, 2004), examined the language of mental statesin the English courtroom. Her recent book Britain and its InternalOutsiders 1750-1800: Under Rule of Law (Manchester University Press, 2017)analyzes the intersection of metropole and colony through a study of legal eventsinvolving criminal trials, law suits, legislation, and riot that unfolded inLondon in the second half of the eighteenth century. Featuring six case studies-- the Jewish Naturalization Act, the Elizabeth Canning kidnapping case(1753-1754); the Somerset Case (1771-72); the Gordon Riots (1780); the Spitheadand Nore mutinies of 1797; and the Act of Union with Ireland in 1800 -- thebook uses legal events as a prism through which to examine the complexitieswrought by empire and how the law created, delineated, maintained, and managedcategories of difference.

Rabin's current project, "Jews, Suffrage, and the Color Line in theBritish Empire, 1740-1858," examines Jewish civil rights throughout theBritish Empire between passage of the Naturalization Act (or Plantation Act) in1740 and "Jewish Emancipation" 1858 when Jews received the right tovote in Britain. This multi-sited project takes note of the Empire's metropoleand its colonial spaces, plantation societies and settler colonies, to studyhow definitions of race and religion shaped the lives of Jews and definitionsof Jewishness and whiteness.