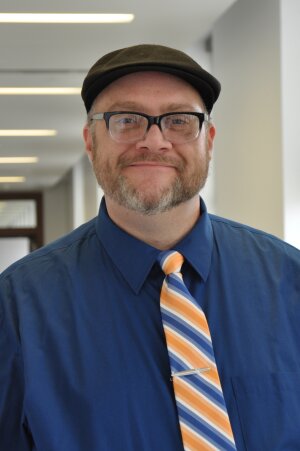 As a social historian of modern U.S. history, I work at the intersection of sexuality, social protest movements, and youth culture.  My research and teaching draw from multiple fields, including African American history, LGBTQ history, public history, urban history, women’s and gender studies, and masculinity studies

My dissertation, All We Want to Do Is Love:  LGBTQ Youth Organizing and Sexual Self Determination in the United States, 1970 to 1990, examines the earliest known gay and lesbian youth groups in the United States and their fight for societal acceptance.  My research intervenes in the historical narrative of the modern gay and lesbian rights movement by focusing on the youthful activists and organizers who have typically been either overlooked or treated as tertiary actors in the movement’s struggles.  Specifically, I focus on three organizations – Gay Youth of New York, Youth Liberation of Ann Arbor, and the Boston Alliance for Gay and Lesbian Youth – to trace their formation, actions, successes, and failures, all revealing a contoured history of youth-led protest.  Using archival sources, mainstream and alternative press, and oral interviews, I argue that these peer-led youth groups were instrumental to the overall gay and lesbian rights movement after the Stonewall Rebellion, providing templates of protest and organization for other youth groups nationwide.  My work also contributes to recent scholarship emphasizing age as a category of analysis.  By placing gay and lesbian teenagers at the center of the story, I legitimize their political and sexual agency against the backdrop of the liberatory 1970s and the conservative backlash of the 1980s.

My masters thesis (completed in May of 2015 at Western Michigan University) is titled "Fighting for Inclusion: The Origins of Gay Liberation at the University of Michigan." I explore the ways in which Ann Arbor's gay and lesbian community sought to create institutional acceptance in the early 1970s.

Prior to pursuing my college education, I held a variety of positions in marketing, communications, public relations, and sales. I spent the majority of my career in the music industry, mainly as an in-house talent buyer for national and regional entertainment and as a morning show host on 92.1 The Edge (East Lansing, MI).

My dissertation is titled "All We Want to Do is Love:  LGBT Youth Organizing and Sexual Self Determination in the United States, 1970-1995."