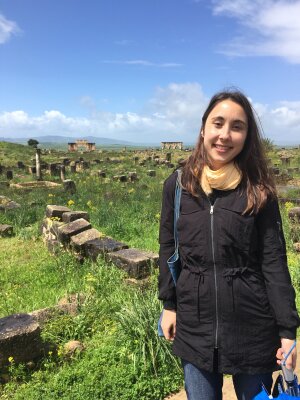 My dissertation, “Disharmony of Empire: Race and the Making of Modern Musicology in Colonial North Africa,” based on archival research in Morocco, Tunisia, France, Egypt, and Lebanon, seeks to deepen our understanding of how race, ethnicity, national belonging, and inequality were constructed in the colonial encounter in North Africa by centering the world of music and the arts as a crucial site for French colonial visions and governance strategies. It demonstrates that cultural initiatives materially undergirded the violence of colonial rule as well as the racialization of North African society. I also consider the ways in which French narratives collided with an Arabic intellectual tradition that considered Arab music a core part of racial and national identity. Examining sources ranging from scholarly publications and musical transcriptions to conferences and concerts, I argue that contentious musicological debates around Arab, Berber, and Black music and identity in North Africa were not only a lens into broader colonialist and nationalist processes, they also revealed the ongoing formulation of racialized sound worlds that impacted the political and social realms.