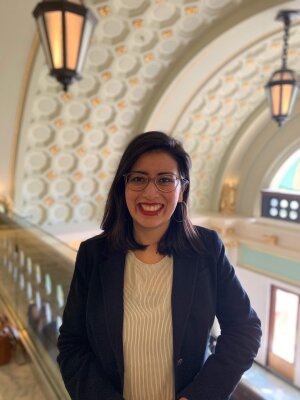 My work is dedicated to researching and producing histories that emphasize the complex, often transnational, nature of U.S. history and the contributions of marginalized populations. My dissertation, “De Guanajuato to Green Bay: A Generational Story of Labor, Place, and Community, 1926-2010,” recalibrates our understanding of the sustained cycles of Mexican migration by examining migratory journeys that have rarely been the object of scholarly study or popular discourse. Beginning in Guanajuato, which sent more immigrants to the U.S. than almost any other Mexican state, this project follows the paths of guanajuatenses who came to the U.S. in novel ways—often by sea, thus avoiding the well-known U.S.-Mexico border—and who then settled in surprising places, such as Green Bay, Wisconsin, where communities formed around the local meatpacking industry. Using oral histories, personal letters, and thousands of pages of state documents, my project is deeply rooted in archives and stories on both sides of the border, highlighting how guanajuatenses created and recreated communities while carrying memories of war, religion, and culture across borders and spaces and over generations.

“Mexican Consulates and the Negotiation of Inequality in the 20th Century,” co- authored with Bryan Winston IEHS Online 2019.